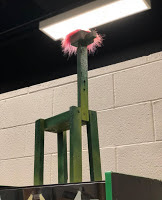 Made by: Heather and Emily
He is a dinosaur. Before he was painted, there was a note on his back reading 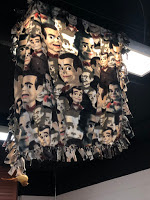 Made by: Mr. Chewiwie's sister
Mr. Chewiwie thought Slappy was so cursed that he refused to bring him into his home, instead keeping him in his car until a use was found for him in the tech room as a light cover. 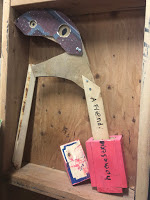 Made by: Peter Dold
A Friend was another Tech 1 creation, he got his name from Coby, and now resides in the LGBT box as an ally. 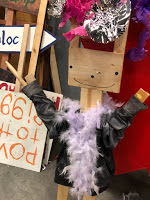 Made by: Hailey & Luke
The first cryptid, originally named Harvey, was loved by Mr. Chewiwie so much, he refused to let the poor tech one who made him take him home, kept him in the tech room, and renamed him Burger Boy. 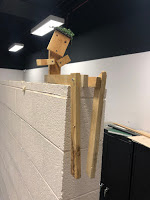 Made by: ???
Long Leg Tim was made by an unknown tech one student. There were originally mixed feelings for him, but eventually many have grown to love our long legged boy.

For Parents and Staff